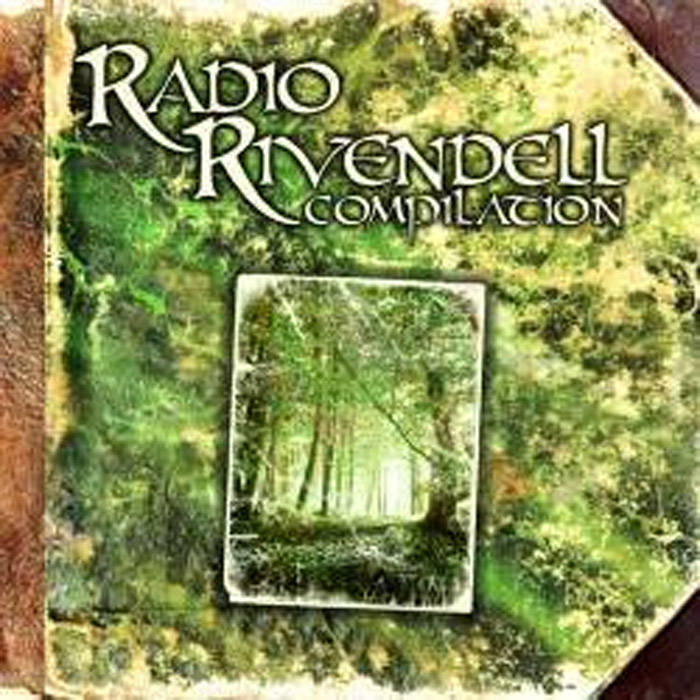 You can see the compilation as an instrumental soundtrack to several (not existing) fantasy music films or games. On this disc you will find artists such as Erdenstern, Helen Trevillion, Sean Beeson, Lost Kingdom and Markus Höller among others.

Below you can read more about each artist/project:

Markus Holler from Germany has been working as a freelance composer for several years now. His work includes soundtracks for many computer games such as "Cold Zero", "Hotel Gigant" and the upcoming games "The Guild 2" and "S.T.A.L.K.E.R. - Shadow of Chernobyl". A medley of this soundtrack has been played at the Games Convention Opening Concert 2004, performed by the Philharmonic Orchestra of Prague. He has also contributed to the famous Merregnon-project, where he worked together with the Prague Symphony Orchestra - one of his tracks had been played at the opening concert of the Games Convention 2003 in Leipzig, which was the first European symphonic game music concert ever.

Andreas Petersen, Eva-Maria Irek and Per Dittmann are the germans behind the band name Erdenstern. They compose and produce soundtracks for roleplaying games. So far they have three releases behind them: "Into The Green", released 2005, "Into The Red" and "Into The Blue", released 2006.Erdensterns music resembles movie scores when it comes to being an emotional, musical backdrop for different situations. Erdenstern have a lot planned for their "Library of fantastic music" - the adventure continues. On the compilation Erdenstern give us a suite, containing the two main themes, "Into The Green" and the heroes theme, combined into a whole story in short. The song is remixed especially for the compilation Erdenstern picked the piece as a "special" for the CD, and as an attraction to all the people who liked the bands music and already have "Into The Green".

Sean is currently living in Columbus Ohio, USA. This is an emerging young composer in the videogame industry. His most recent videogame credits include, "The Operational Art of War III" and "The Delicate Pearls of Pandora" among various other titles. Some of his film credits include the popular animated short "Emelia" and two full-length Norwegian films. Recently, Sean has worked with the Czech-based Capellen Chamber Orchestra for two upcoming videogames.

Wilbert Roget, II is an award-winning American composer, conductor, orchestrator and producer for the film, video game, television, and advertisement industries. He received his Music degree from Yale University, graduating With Distinction and receiving numerous awards in the arts. His music and orchestrations have been performed by several groups, including the New Haven Symphony Orchestra, Yale Symphony Orchestra, Saybrook College Orchestra, and Yale Gospel Choir. Roget was chosen as an AudioGANG Award Winner for music composition, presented at the 2006 Game Developers Conference. He shared the stage at the AudioGANG awards with several of the video game industries most prestigious composers, including fellow award recipients Clint Bajakian, Gerard Marino, Tommy Tallarico and Jack Wall, as well as music industry legend Nile Rodgers.

This is a brand new project of Radio Rivendells founder Anders Dahlgren from Sweden. He has prior to this made music under the name "Cryo", released on "Waerloga compilation vol. 1 - A tribute to Uglakh". Before "Cryo" Anders made other kinds of weird music. Drawn to the realms of fantasy and the love of fantasy music, Anders, is the one running Radio Rivendell. The "Cryo" piece on the "Waerloga compilation vol. 1" was given really good reviews in serious media. A Japanese music magazine gave the "Cryo" song 5/5. English, "Hard wired - Alternative music mayhem" wrote this about it: "a dark and foreboding track conjuring up images of a dark storm approaching". Gargrim the Liar is now a Waerloga act.

Dimitrij is a Russian director, conductor and composer of music. He is also known for his work arranging choirs. Dimitrij has conducted orchestras in France, Italy, Norway, Austria, Hungary, the Czech Republic, the Slovak Republic, Russia, Lithuania, Mexico, the United States and Canada. He has worked with several film projects under different names. Dimitrij is currently living in Canada (Saskatchewan). Dimitrij fled Russia in the early 80s and still have some legal issues with his birth town which make him use different artistic names. Even the name Dimitrij Volstoj is not his real name.

Sibelian is a project based in Sweden and centred around singer/producer Stephen John Svanholm. In the late 80s and early 90s Stephen played lead guitar in a British funk metal band called Ignorance, releasing two CDs and touring extenisively. After this he went on to study classical music at University and then specialize in opera singing at Music College in England. Stephen has spent time in both India and Nepal and is inspired by the search for a universal music form, free from cultural and geographical boundaries. His music features operatic vocals, ambient and classical instrumentation, and even Tibetan chanting. Sibelian have one full length album available titled "The Soul Rush", and the epic song "The Sin Eater" appeared on the Cold Meat Industry sampler compilation "Flowers Made of Snow" which was released in October 2004.

New Zealander Tom W Hall is a composer and artist with several projects. On the compilation we can hear the original "prototype" version of what became three lengthier parts used as the soundtrack for Sarah Forgan's "Freakshow - Performing Secrets" piece at the Dunedin Fringe Festival 2006.

Abnocto is dark visions of the Swedes Simon Heath Za Frûmi, Atrium Carceri, Krusseldorf) and Simon Kölle (Za Frûmi, Musterion). Abnocto gathered music gear and started to climb down deep under the center of Stockholm. This was 2002. Simon and Simon had to go up the 60 meters to the surface several times to bring down more and more: Books about Simon Magus, occult books, something to sleep on, water, some food and more. They even got help to get down a Farfisa organ! The duo stayed down there for a week and was only interrupted twice. One time for food to be delivered by some friends and another time by something that might have been some kind of creature (rats?). When they got up again they did not mix the music but some months later they did and also added some stuff. This project have been laying around in the Waerloga Studio for years now and also been heard on various compilations such as the Horus CyclicDaemon release "AL 100th Anniversary" (Compilation of exclusive and unreleased tracks dedicated to Aiwass & New Aeon & the Book of the Law technically called Liber AL vel Legis sub figura CCXX as delivered by XCIII = 418 to DCLXVI that was dictated in Cairo on April 8th-10th in the year 1904.) and "A Tribute to Uglakh - Waerloga Compilation vol. 1". People have been telling both Waerloga Records and Simon and Simon to release Abnocto and 2007 will be the year of the release. In the spring. The album is about Simon Magus (which also is the title).

This is the solo project of Bernard Kahlen from Germany. Bernard creates film music and videogame fantasy music previously released on "Waerloga compilation vol.1 - A tribute to Uglakh". After a serious accident Bernard had to stop playing the piano for a while which was a big break in his life. After that he started again and worked hard to make music and played for a year in his father’s jazz band. Now for a couple of years he has done electronic music mostly with the computer. He has done music for Neverwinter Night mods and "World of Issig".

Despite the obvious hard rock look of the two Swedish brothers Mikael & Daniel Tjernberg "Lost Kingdom" compose and play romantic avant-garde classical music! Leaning toward Strauss but also Schumann, Chopin, Liszt, Wagner, Verdi, Brahms, Dvorák, Tjajkovskij and Mahler. But it is not only classical music in the romantic stile. It’s also hints of modernism like the masters Stravinsky, Francis Poulenc and Arthur Honegger. Lost Kingdom was formed a couple of years ago. The two brothers found out that they had material they didn't thought would fit their main symphonic metal band, so they started to record it in 'Goatman Studios'. The song on the compilation is one of Lost Kingdoms newest. The band is still evolving and much will for sure happen in the future with this act. "Radio Rivendell compilation" is the first step.

Following Lost Kingdom we have Rising Shadow (also from Sweden) feels like a natural choice as Fredrik Klingwall and Linda-li Dahlin also come from the metal scene . Fredrik started doing music in 1996 with this project (under another name). Over the years some material was created and the concept became clearer, in 2004 the time was right to bring life to this project. Together with singer Linda-li a demo was made. Early 2005 the track 'Vacui' was contributed to "Waerloga Compilation vol. 1 - A Tribute To Uglakh". In February 2006 the debut album Falling Deep Within was recorded. And was released by Argentinean label Twilight Records in November. We see great potential in this project that is (even though it started 96) rocking in the cradle.

Averil White is the sole mind behind Tincolindo. She was born and raised in Newcastle-upon-Tyne, in the Northeast of England. As a proud member of the SCA (Medieval re-enactment group) Averil kept her love for medieval and folk songs burning. Averil is also an active member of Radio Rivendell were she was nominated as the best unsigned artist 2006. Her main influences are medieval folk music but also the music of Howard Shore, James Horner and the like.

This Italian project is described by the man behind it (Gianfranco Biagini) as "Atmospheric Music inspired by the romanticism found in the medieval ages, where magic was present in deep forests and enchanted castles. The project "Vintermusikk" focuses on feelings such as discovery, tranquility and suspense, ideal for video game music".

The last track on the compilation is a song by Morgan the bard of Italy. He is Inspired by Sturluson’s Edda, Richard Garriott's Ultima Saga, Tolkien's Silmarillion-The Hobbit-Lord of the Rings, Dragonlance Saga, Forgotten Realm, Dungeons & Dragons RPG and more. The Moon lay hidden beneath a Cloud, Wongraven, Enya, Summoning, Alan Stivell, Michael Hoenig (Baldur's Gate), Angelo Branduardi, first Ayreon, Lou Dalfin, Scottish-Celtic-Irish folk, Medieval-Troubadour & Renaissance music and glorious movie soundtracks. Morgan the bard has been on compilations such as one tributing Falkenbach. The original black metal version of "Galdralag" has been composed by Falkenbach. Morgan the bard's odd interpretation of "Galdralag" has been conceived, arranged and played by Morgan the bard, Amon 418 & Troll. "Galdralag" has earlier been released by Skaldic Art Productions on the CD Part II of "An Homage To Falkenbach".

Helen Trevillion is a musician from England. She creates music in various styles, but is mainly known for her 'Celtic' music, her Tolkien-influenced songs, such as 'Eldamar', and her popular video game music remixes. She has also written several more 'mainstream' songs. Helen Trevillion has a significant following and respectable reputation for her musical talent and cheerful, friendly personality within music composition and critique communities, as well as the general Celtic/video game music fanbase. She has not released a commercial album as of yet, though many have strongly urged her to do so. She is currently pursuing a Bachelor of Science (B.Sc) in music at the University of Hertfordshire.

Waerloga Records is a label/ mailorder/ distributor focusing on Cinematic music and most of all inspired in some way with Dark Fantasy, history or Sci-fi. Created in 2001 the label was first focused on Za Frûmi alone. That later on evolved and today Waerloga Records have released almost 50 bands.

Bandcamp Daily  your guide to the world of Bandcamp